From the dry bones to the living man John Lewis

From the dry bones to the living man John Lewis

Andrew Taylor Still was a nonconformist, a scientist in the true sense of the word, and a deep thinker. A pioneer in thought and action, a philosopher and a philanthropist.

​Born in 1828 in Jonesville, Virginia, he spent his formative years in northeast Missouri, where his preacher-physician father was sent as a missionary. Andrew learned medicine by apprenticeship and his first patients were Shawnee Indians on a reservation in Kansas. He learned their language and lived his life by a similar nature-centred belief system.

​A terrible personal tragedy – the deaths of three of his four children from meningitis – led to his disillusionment with drugs as curative agencies and consequent search for a more effective way of practising medicine. A. T. Still: From the Dry Bone to the Living Man chronicles that search, along with the discoveries and insights that culminated in the philosophy, principles and practice of the system he perhaps too narrowly called osteopathy. 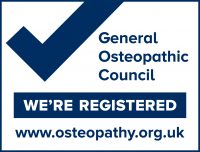